Human rights do not exist. They are an invention, made out of pure wind. If you are seriously interested in staying free, you should not rely on these flatulent, vague phrases to help you.

They are in fact a weapon in the hands of those who wish to remove your liberty and transform society, though this is probably an accident. It is only in the past 50 years or so that radical judges have realized these baseless declarations can be used (for example) to abolish national frontiers or give criminals the right to vote.

You may agree with these policies. But shouldn’t such things be decided by an elected parliament? That is not the view of the new wave of activist lawyers who have begun to dominate the courts since the Blair government’s revolutionary Judicial Appointments Commission began to transform the judiciary in 2005.

Real safeguards look completely different. Though they often lack the grandiose wording of ‘human rights’ documents, they do one vital thing. They limit the state’s power. They say what government cannot do. Article 39 of Magna Carta, England’s great charter of freedom, is worth more than a page of human rights bloviations.

On those words hangs the presumption of innocence, which protects us from arbitrary punishment. That is why a copy of this document is kept in a vault, surrounded by inert gas to keep it from decay, in the US National Archives. 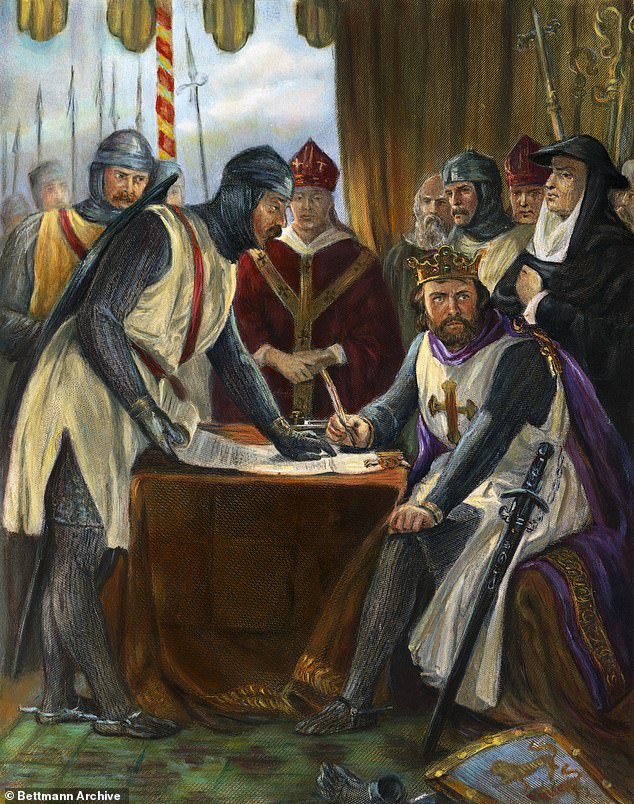 King John is shown signing the Magna Carta (1215). Undated illustration, after a painting by Chappel

Cynical noblemen wrung it out of King John 807 years ago. And it is the reason why countries which have inherited English law and government are a thousand times more free than those who didn’t.

The same is true of the English Bill of Rights of 1689, and its near-twin, Scotland’s Claim of Right, of the same year. I was allowed to hold the original Bill of Rights, inscribed on vellum, and was surprised to find I was trembling with awe.

It is the guarantee of our freedom, the actual thing my forebears fought to obtain and then to preserve, the first thing an invader would have canceled by decree, if any invader had got here.

This document, like Magna Carta, was forced from the Crown by brandy-sodden, mud-spattered squires, who had learned not to trust the word of princes. It is a long list of things that the state may not do, based on hard experience of what it does when it is unrestrained.

A century later, the American revolutionaries copied most of it. What the English Bill of Rights says is that Parliament, not the king, is sovereign, and men may only be punished by the courts.

It requires frequent parliaments, guarantees free speech in those parliaments, and gives MPs the ultimate power over levying taxes and over raising or disbanding the Army. It was for a century, the envy of Europe. It guards us still.

But the French revolutionaries of 1789 had a deeper purpose. They believed they could begin the world over. They were not case-hardened cynics, but idealists who sought to replace Christianity with a new faith in man. To give voice to this nonsense, they created a ‘Declaration of the Rights of Man and of the Citizen’.

Sovereignty was taken from God and the king and given instead to the nation and to the people. 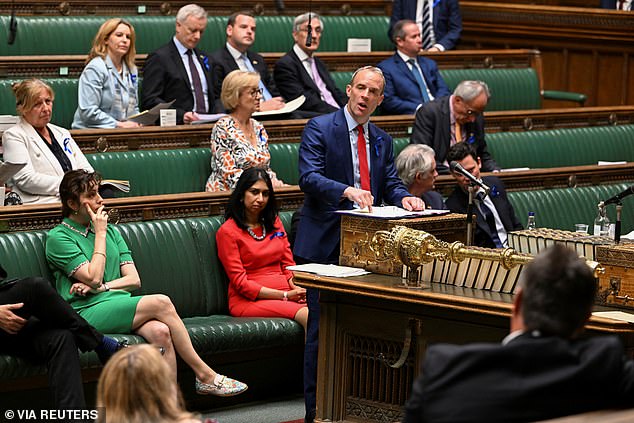 The document was displayed on tablets of stone in letters of gold, adorned with secular angels and a mysterious eye looking out from a golden pyramid. It declared that everyone was to have ‘liberty, property, security and resistance to oppression’, a likely story.

The Declaration insisted on the presumption of innocence, something everybody claims to agree with but few really do. But it contained no practical way of informing this. That would require impartial, independent juries of wise, experienced men and women, immune to state pressure. Most countries do not have these.

Take Articles 10 and 11: ‘No one shall be disquieted on account of his opinions, including his religious views, provided their manifestation does not disturb the public order established by law.

‘The free communication of ideas and opinions is one of the most precious of the rights of man. Every citizen may, accordingly, speak, write, and print with freedom — but he shall be responsible for such abuses of this freedom as shall be defined by law. ‘

This is airy idealism without hard guarantees, containing slippery words which allow the alleged ‘right’ to be cancelled whenever it suits the state — fine in theory, useless in practice. And all this ended in the howling revolutionary Terror, piles of severed heads around the busy guillotine, mass drownings and farcical trials.

The same useless approach was tried again in Weimar Germany, whose 1919 constitution was said at the time to be the most liberal in the world. But as usual it contained many get-out clauses, especially Article 48 allowing suspension of vital liberties.

So it was that Adolf Hitler came to power, crushed German liberty and ruled for 12 horrific years, without having to replace this supposedly democratic document.

Stalin, too, was much-praised by gullible Western Leftists for his 1936 Soviet Constitution, with its paper ‘rights’ to freedom of speech and freedom of religion.

Within a year, the USSR was convulsed by a wave of unrestrained secret police terror in which people were imprisoned for making anti-regime jokes, no human had any rights, or was safe from torture, sudden death or lifelong enslavement.

Learning nothing from this, a group of soppy idealists led by the militant liberal Eleanor Roosevelt, widow of President Franklin Roosevelt, set out to create a Universal Declaration of Human Rights after World War II.

In part this was an attempt to invent a cause for the victorious Allies — awkward, given that the blood-stained Stalin was part of the winning coalition. 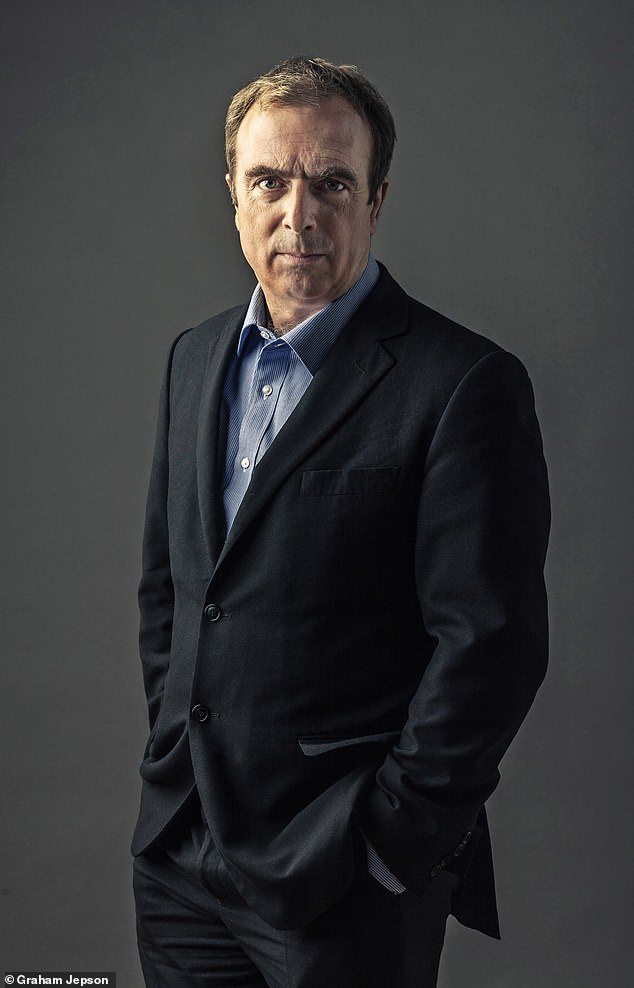 PETER HITCHENS: ‘Let us get rid of these useless human rights, which protect us from nothing and give power to those who have not earned it’

Yet the document was swooned over and approved as if it mattered — and has been ever since. Read it now and wonder how many UN member states implement its well-intentioned requirements.

And at about the same time came the European Convention on Human Rights, which was never meant to be directed against this country.

It was drawn up in an attempt to prevent those nations which had become tyrannies, or been subjugated by tyrannies, from sinking back into darkness. Has it done so? Will it do so?

It was not much use against the Covid repressions of mass house arrest, travel bans and regimentation which swept Europe, almost unquestioned and unopposed.

Why should it be any use against the worse things which may arise as economic crisis and angry politics once again stalk the Continent?

Let us get rid of these useless human rights, which protect us from nothing and give power to those who have not earned it. And let us once again learn to value, treasure and follow the great English documents which have in fact kept us free for centuries.