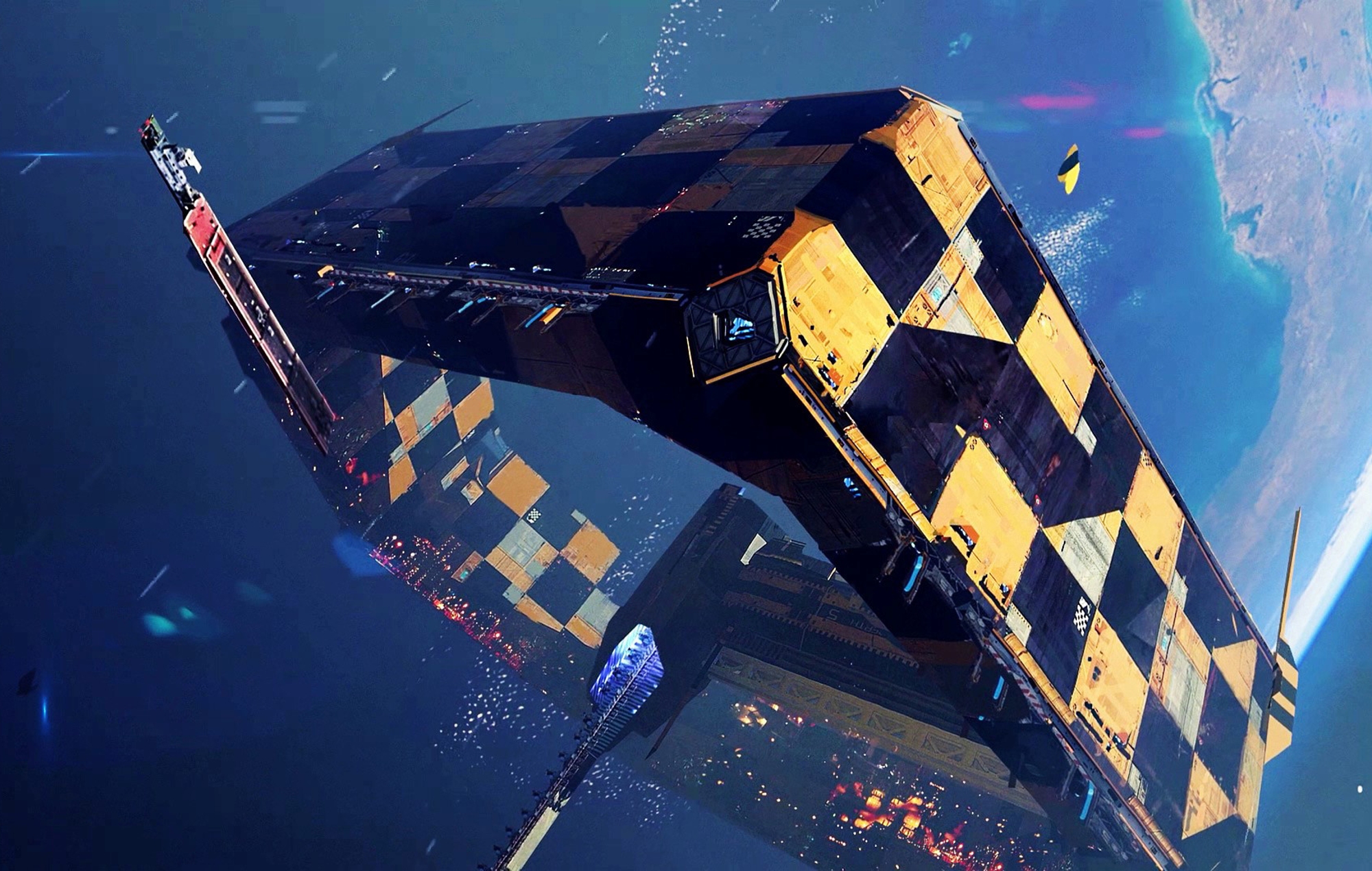 Things start simple in salvage-’em-up Hardspace: Shipbreaker. As a one-man salvage team your goal is to chop up derelict spaceships, chop them down to parts and chuck them into the right bins so you can get paid.

That’s right, you’re the guy that says “There goes our salvage, guys” in Aliens. In this expansive science fiction universe where people are getting into mishaps in space that cause their transports to be left abandoned, you’re a background character trying to make enough money to break yourself out of indentured servitude to the hypercapitalist Lynx Corp.

It’s an intimidating job. Getting to grips with zero gravity movement and the workings of each individual ship is intimidating, and as a result I found myself starting out by merely snipping the nacelles off of every spaceship and then trying to grab everything that wasn’t nailed down and probably wouldn’t ‘t explode: antennas, chairs, airlock consoles. They’re all worth the money, and the risk is negligible.

It’s a slow process. You lazily orbit the exterior of the ship looking for high-value salvage before you pull it gently loose with your grapple hook and throw it into one of the three bins depending on the type of salvage. The game is helpful here – it will tell you what you’re looking at and where it needs to end up. Then it’s just you, your cutting tool, and a grapple hook to disassemble the entire ship.

Risk is a key factor, because if you do accidentally manage to grapple some cargo into your face and die, it’s going to cost you a whole lot of money – landing you further in debt – to pay it off.

The real money is to be made inside the ships though and it isn’t long until you’re scuttling through the walls of ships looking for the bright yellow anchor points that you can cut away to detach the outer layers of the ship as if it was a particularly large onion. Soon you realize it’s easier to just pull the sides off of a ship to pilfer its valuables rather than trying to drag all of the best bits out through the airlock. Then, you learn that you might as well just take the airlock and salvage that too.

There are a ton of “work games” out there that encourage you to do dull busywork for oodles of fictional cash. Hardspace: Shipbreaker fails at this in a couple of ways: firstly, all of that cash is going towards your $ 1,252,594,441.92 debt. Then there’s the fact that this isn’t dull busywork at all. Few games emphasize the tradecraft of actually working in a job as well as Shipbreaker does, and you’ll slowly learn how to do things like purge fuel lines, safely cut your way into a reactor core or even just pull out all the computer equipment without causing electricity to arc through the entire ship and into your delicate meaty body.

The game tells you flatly at the start of the game that shipbreaking is a tough profession, but then proceeds to demonstrate this by letting you make a ton of mistakes. Use your cutting tool for too long and it will overheat and catch fire – this is a relatively minor inconvenience and will hurt your health a nominal amount… unless you’re standing next to a stack of oxygen tanks, which will cause a firestorm in the claustrophobic guts of a space hulk. Similarly, letting your cutting torch hit a fuel tank will unleash yet another fiery hell.

Honestly, there’s just a lot of fire for a place with no oxygen. Couple this with the fact you’re constantly watching the amount of time you have to work on a ship tick down and the constant depletion of your oxygen meter, thruster fuel and even the quality of the tools you’re holding, and there’s a constant state of urgency ticking away in the background. This makes even the most simple job a high pressure situation, and that’s when you start to make mistakes.

You start to learn a series of best practices to make sure you’re not breaking anything – which is lost money for you – or killing yourself in practice, because clones are expensive. Once you’ve got an established plan, this is when Shipbreaker truly shines. Usually this will happen just before you get given another, more dangerous, ship to start working on. Over time, you’ll start to appreciate the subtle differences between them, like the way you can often hit your first salvage goal with the Exolab research before you even step on board the ship, because of all the delicate electrical components bolted onto the outside. . Every ship you get access to is a little more dangerous but often worth it for the extra money. Just don’t ask about the ghost ships.

Moving around in zero gravity is tremendously difficult – although it could just be that my brain doesn’t do a decent job of navigating the 3D space without a real sense of which way is up. Because all of your movement is from the jetpack on your suit, you’re also going to be struggling with inertia a lot. You can use fuel to stop yourself, but it still takes a little bit of time. This turns even the routine task of going back to buy a stressful oxygen refill at first as it’s not easy to get yourself where you need to go.

Shipbreaker’s hubworld UI is pretty terrible, letting you roam around the place with the arrow keys taking you to different hotspots you can interact with. There’s a wealth of these from the get-go, but there’s actually very little you can do in this hub to start with. There are tons of upgrades, but even if you can afford them there’s nothing you can buy until you level up enough. It’s a lot to throw at new players, although it is here that a lot of the game’s hyper-capitalist lore resides, painting Lynx Corp as such a bunch of bastards that their HR department has probably pissed off to Weyland Yutani to have a less stressful working environment. 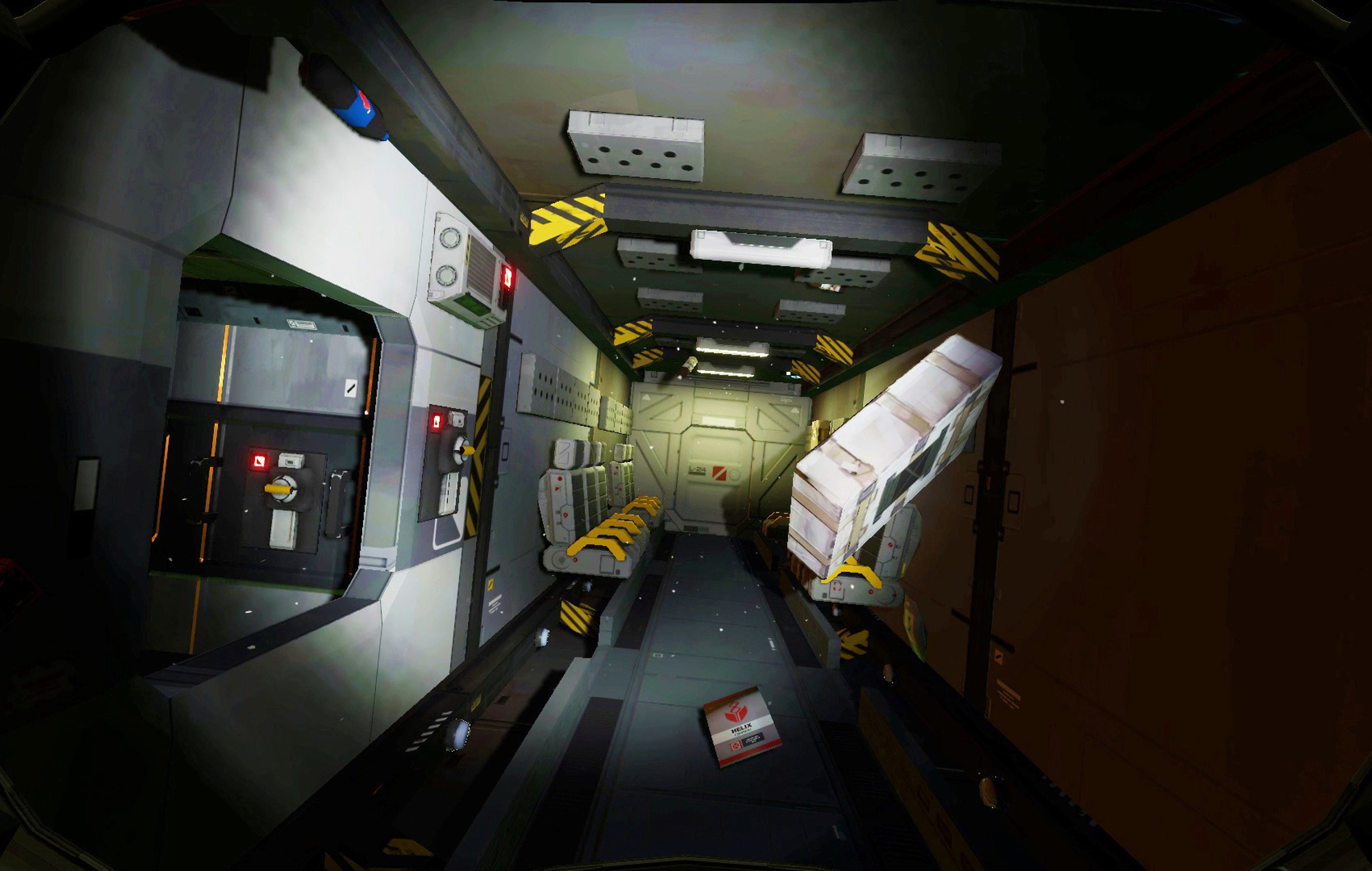 Whether that stuff lands for you will be a matter of personal judgment. It treads a lot of the same ground as Cruelty Squad and I’m happy to see more games exploring the space but for me the real meat of the game is getting into the guts of the junk ships and pulling them apart and I started to resent the time the game spent having me do anything that wasn’t ‘t wielding a cutting torch. The game slowly layers more story on top of the shipbreaking, and the characters are interesting enough if you need more, I just found the salvaging process so satisfying it didn’t feel like the game needed any more distractions.

It’s hard not to recommend Shipbreaker and as you get deeper into the game, it’s impressive how rewarded you are for that investment.

Hardspace: Shipbreaker is available on PC.

The finest work-sim out there, Hardspace: Shipbreaker sets a high bar for anyone hoping to challenge it for the throne. This sci-fi salvage game is essential for anyone looking for a new puzzle game, but also players that just want to pull apart giant ships with little more than a laser cutter and a dream.