Chris Hemsworth is relishing the chance to go from hunk, in the form of Marvel superhero Thor, to hulk. Hulk Hogan to be precise.

The Australian actor, who is 38, will play the iconic American wrestler in a forthcoming movie about his rise to fame.

Hogan, born Terry Bollea, was a musician who was talent-spotted and instead sidetracked into the world of wrestling, thanks to his 6ft 7in frame and ripped physique.

With his 24-inch biceps, preposterous tan and blond, Zapata mustache, Hogan was the biggest — and most recognisable — figure in the sport for decades.

His 1988 match against Andre the Giant remains the biggest wrestling match on US television, with 33 million tuning in.

The movie is understood to end long before the 2015 controversy over a sex tape and the use of racial slurs — both of which Hogan has apologised for.

It will, though, give Hemsworth a chance to move beyond the beefcake and humor of the Thor films and sink his teeth into a project with genuine drama and depth. Hogan admitted to steroid use and struggled with suicidal thoughts after his marriage to wife Linda broke down. 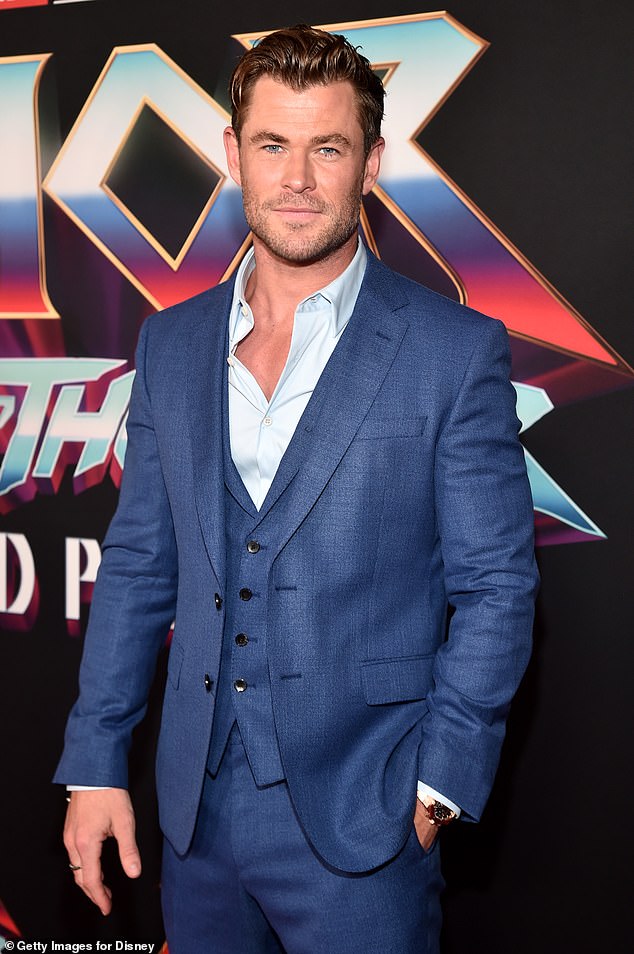 Chris Hemsworth at the Thor: Love and Thunder world premiere in the El Capitan Theater in Hollywood last Thursday 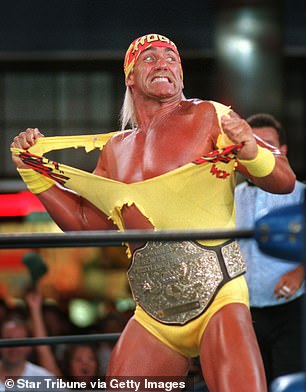 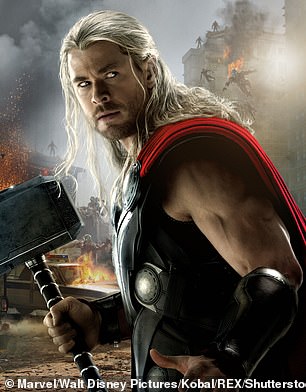 Chris Hemsworth (right, as Thor) is relishing the chance to go from hunk, in the form of Marvel superhero Thor, to hulk. Hulk Hogan to be precise. The Australian actor, who is 38, will play the iconic American wrestler in a forthcoming movie about his rise to fame

It is being directed by Oscar-nominated Todd Phillips, who was behind the 2019 movie Joker; and the script has been written by Phillips and Scott Silver — another of Joker’s writers who has been busy working on a sequel to the Oscar-winning film.

Hemsworth said: ‘There’s a great script and there’s a great story waiting to be told. I met with Todd Phillips and we talked about this 11 years ago; and then he did Joker and now I think he’s doing a sequel. So I know he’s immersed in a few different projects. But when he calls, I’ll be ready to go.

‘This movie is going to be a really fun project. As you can imagine, the preparation will be insanely physical. I will have to put on more size than I ever have before — even more than I put on for Thor.

‘There is the accent, as well as the physicality and the attitude. I will also have to do a deep dive into the rabbit hole of the wrestling world, which I’m really looking forward to.’

In the meantime, Hemsworth is working on the new Mad Max movie Furiosa, which is currently shooting in Australia. He calls the experience ‘an absolute dream’ and recalls ‘as a young kid watching those films and watching them evolve over the years and watching George Miller become one of the greatest directors on the planet’.

Hemsworth has played Thor for Marvel since 2011. The latest installment, Thor: Love And Thunder, comes out next week.

Claudia’s secret plan to be the big cheese of quizzes 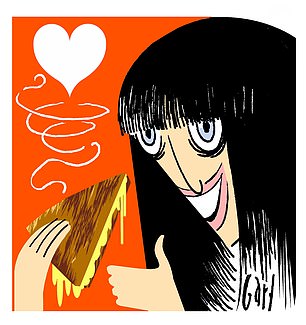 Claudia Winkleman was so determined to create a relaxed atmosphere during the filming of her Channel 4 quiz show One Question that she took her own sandwich maker to the studio in London and made everyone cheese toasties.

‘I wanted people to be happy while they were making the show, and what better way to do that than to prepare delicious food?’ asks Claudia, who has quite a thing for cheese.

The Strictly Come Dancing host says her favorite dish is a hot cheese sandwich; and she even owns a pet rabbit named — what else? — Cheese.

Leaving the royal rows headlight behind

He won a Golden Globe and an Emmy — not to mention worldwide fame — as Prince Charles in The Crown, above. But British actor Josh O’Connor, 32, looks certain to shed that image in a forthcoming movie in which he plays a modern-day Indiana Jones.

La Chimera, by Italian director Alice Rohrwacher, is set in the Eighties and tells the story of young English archaeologist Arthur (O’Connor), who becomes caught up in the illegal trafficking of ancient treasures. 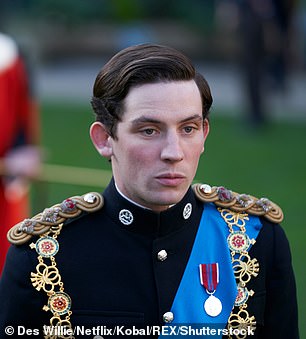 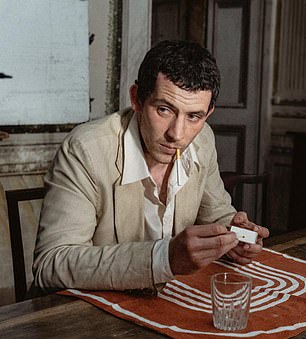 British actor Josh O’Connor, 32, looks certain to shed his stuffy image garnered from playing Prince Charles in TV’s The Crown for a forthcoming movie in which he plays a modern-day Indiana Jones

Our picture shows O’Connor in a creased linen jacket, cigarette dangling from his lips, in a role which seems a million miles away from palaces and double-breasted blazers.

An initial phase of production has been completed in Tuscany; and work continues this summer on locations in Italy and Switzerland.

Isabella Rossellini is O’Connor’s costar, playing a retired opera singer. The movie will come out in 2023.

Before then, Josh will be seen in the drama Aisha (out this summer), playing an Irish ex-con who falls in love with a young Nigerian refugee.

The makers of a big budget film about the 2018 Thai cave rescue faced many challenges — not least building, and then flooding, five underground caverns; and filming in them, often underwater.

But in addition to all the technical issues on Thirteen Lives, there were human ones, too.

Colin Farrell, pictured, who plays British rescue diver John Volanthen, said of the role: ‘It was a joy — apart from how nervous I was beneath water every day, because some of it was terrifying.’ Perhaps because, as he revealed: ‘I can’t really swim.’

He added: ‘It was as controlled an environment as it could be. But you know, water’s wet; no matter how much control you have or don’t have.’

Meanwhile, British actor Tom Bateman, who plays diver Chris Jewell, suffers from claustrophobia — a fact he hid from Thirteen Lives’s director Ron Howard during auditions; but which understandably came to the fore when filming. Bateman, who plays Poirot’s sidekick Bouc in the Kenneth Branagh films, said: ‘I cannot believe what they [the rescuers] did — and to be a small part of telling their story is a real honor. But my God I was happy to be finished.’

Thirteen Lives will come out in cinemas this month, before airing on Prime Video.

It chronicles the events of the massive rescue effort launched when a junior football team and their coach became trapped in a flooded cave system.

They were found on an elevated rock around 2.5 miles from the cave mouth.

All 12 boys and their coach were eventually rescued after 18 days underground; anaesthetised and then brought out by divers one by one. One rescuer, diver Saman Kunan, died after delivering oxygen cylinders to the group. And another, Beirut Pakbara, died the following year of a blood infection he contracted during the effort.

More than 100 divers took part — and a billion liters of water were pumped out of the caves, which had been inundated by monsoon rains. 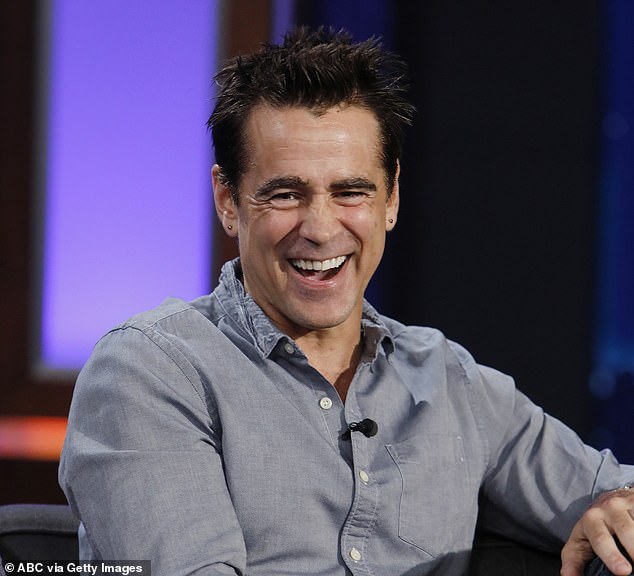 Colin Farrell, pictured, who plays British rescue diver John Volanthen in the movie Thirteen Lives, said of the role: ‘It was a joy — apart from how nervous I was beneath water every day, because some of it was terrifying.’ Perhaps because, as he revealed: ‘I can’t really swim.’

Starving to play Coco the villain

Binoche, 58, will play Coco Chanel in a new Apple TV drama which is about to start shooting in Paris.

Bang, 55, will play her younger Nazi lover, Baron Hans Gunther von Dincklage. He was the attache to the German embassy in Paris, and the two of them lived in the Ritz during the Nazi occupation of France.

Binoche, left, who complains that she has been ‘starving’ while preparing for the role, will be the stylish villain of the piece in the series The New Look. The show will focus on her poisonous rivalry with Christian Dior, played by Aussie actor Ben Mendelsohn. 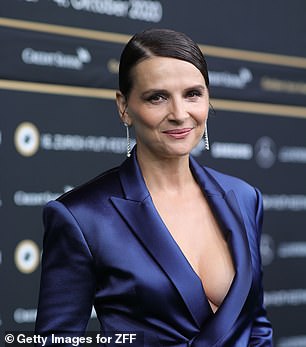 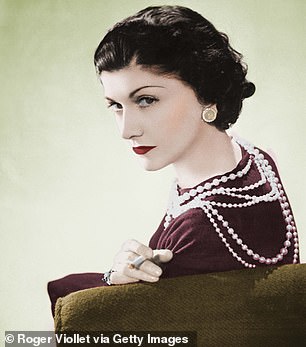 Coco Chanel in French couturier from Paris in 1936

they spent a decade as adversaries; the feud ending only with Dior’s death from a heart attack in 1957.

But the series is also going to spool back in time and focus on their contrasting lives during the War.

Chanel, right, was a morphine-addicted anti-Semite, snobbish and openly homophobic. She retired from fashion at the outbreak of war in 1939 and moved into the Ritz with von Dincklage. Documents have since revealed she was a Nazi agent.

Dior spent the War employed by Lucien Lelong, making dresses for the wives of Nazis. And while Chanel prospered under occupation, he was involved with the Resistance.

His adored younger sister Catherine (Maisie Williams) was a decorated hero: arrested, tortured and deported to Ravensbruck concentration camp in 1944. After her release, she rebuilt her life, growing flowers for her brother’s fragrances in Provence. Dior named his floral scent, Miss Dior, in her honor.

Tom Cruise’s love affair with England will be crowned by lavish 60th birthday celebrations this weekend at Soho Farmhouse in Oxfordshire.

The Hollywood star’s Brit Pack, including best mate Simon Pegg, pictured with him, and TV host James Corden, will gather to toast his health and enjoy a curry at a privately hired barn in the 100-acre retreat.

The final bill, which will include food, drink and accommodation, looks likely to top £200,000.

Cruise has been a member of Soho House for 20 years, and owned a house in this country for ten years. That was sold in 2016 and he’s been renting ever since, most recently in Kent.

He has made numerous films in the UK and is so close to Mission: Impossible co-star Pegg that Pegg’s wife sardonically refers to Cruise as his ‘boyfriend’. 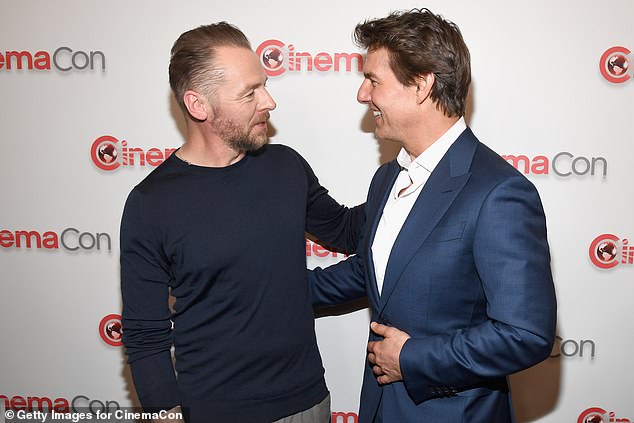 Tom Cruise has made numerous films in the UK and is so close to Mission: Impossible co-star Pegg that Pegg’s wife sardonically refers to Cruise as his ‘boyfriend’